The Advken OWL Starter Kit is a versatile vaping system, integrating a single high amp battery cell, and is paired with the Advken OWL Mesh Sub-Ohm Tank to create a starter kit that is geared for novices but is sure to satisfy vapers of any level of experience. 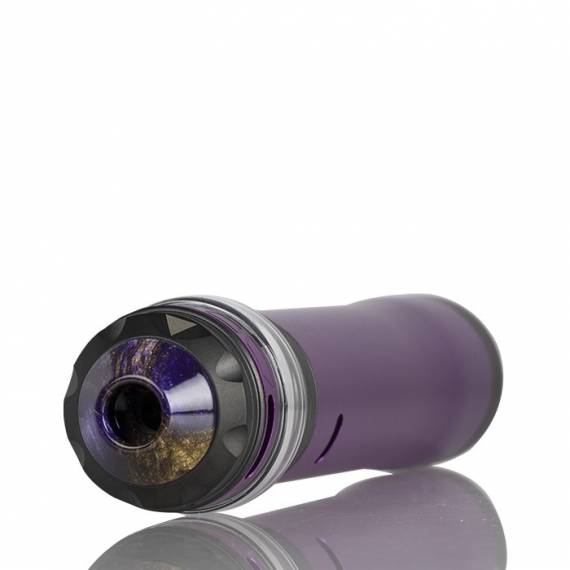 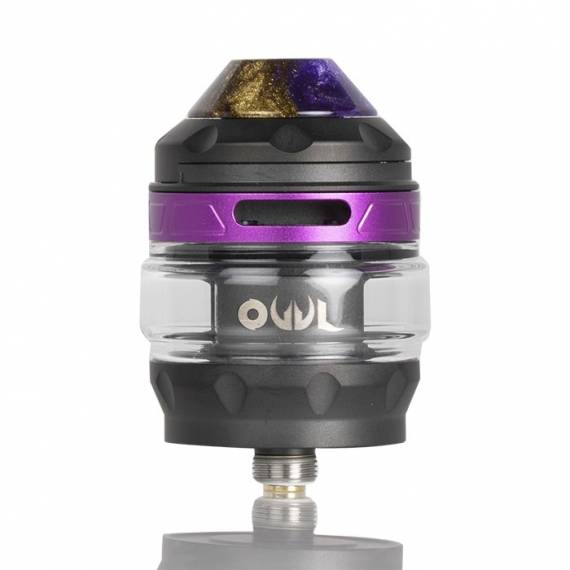 Vapers who monitor the development of the market can observe an interesting trend – the first ones were successfully superseded by powerful box mods that lost their positions after the advent of POD and AIO systems. But not all vapers like POD systems, since they are for the most part very simple in terms of functionality, equipped with weak batteries and quite expensive to maintain (you need to buy cartridges). Therefore, it is not surprising that AIO systems, which have a board, operate on replaceable evaporators or are equipped with an RBA base and operate on powerful batteries, are in demand. OBS also decided to release its own version of such a POD system – Alter Pod Kit, which at first glance looks more like a small box mod. But it’s functional, works with a removable cartridge on replaceable evaporators and has significant autonomy. We can confidently say that the OBS Alter Pod Kit will be of interest to many vapers, as the company’s specialists have non-standard solutions to the questions and claims of vapers to conventional POD systems.

OBS Alter Pod Kit is a hybrid of a POD system and a medium-sized box mod, equipped with a powerful battery, equipped with a powerful and functional chipset, operating on replaceable evaporators of various types and resistance. The design of the device at first glance is quite simple and not particularly prominent among similar devices of this class. The chipset installed in the device allows you to use it in the variable mode, and the presence of a monochrome display makes it possible to monitor and control the operation of the POD box. The removable cartridge works on replaceable evaporators, and the manufacturer provides a wide selection for liquids on organic and saline nicotine. You can buy OBS Alter Pod Kit in five colors – black with a pattern, black, yellow, red and blue.

The development trend of POD-systems, in which there is a powerful battery, chipset and screen, is not just a tribute to fashion, but a necessity, as vapers are becoming more and more demanding on devices. The Alter Mod battery pack is the result of the work of OBS developers who took into account the wishes and requirements of vapers regarding which POD box option is best for them.

At first glance, the OBS Alter Pod Kit looks quite simple and strict – a classic rectangle with a small drip tip offset to the edge. It would not be desirable not to recall Orion from Lost Vape, but the form factor of the walkie-talkie is very in demand. The device can hardly be called miniature, but taking into account the used battery and design features, this is justified.

The OBS Alter Pod Kit works from the built-in battery with a capacity of 2500 mAh, which is a very high indicator for the POD system, which will allow the vaper to get considerable autonomy. You can charge the battery using the standard micro-USB Type-C connector located on the side panel with a current of 1.6A, so that it takes about an hour to fully charge the battery.

An important feature of the OBS Alter Pod Kit is that it is equipped with a chipset, which allows not only to obtain all the protection necessary for safe operation, but also to use the device in the mode of variwatt. The viper can independently adjust the power within 5-70 watts, so the device can hardly be called a classic POD system, and at the same time, the minimum resistance of the evaporator is 0.15 Ohms. In order to control the operation and manage the parameters of the chipset, it is equipped with a sufficiently large monochrome display on which you can find a lot of data about the work – the battery charge level, power, resistance, number and time of puffs.

The OBS Alter Pod Kit uses a removable cartridge that is held in the battery pack using a magnetic connector. Such a technical solution is very practical, since the cartridge is very easy to remove to replace the evaporator or adjust the tightening.

The manufacturer paid a lot of attention not only to the chipset, but also to the evaporators. OBS offers two versions of the base for the installation of evaporators – subwoofer and for salt nicotine / cigarette puff. Depending on the type of base chosen, evaporators can also be selected, which are many – M1 (0.2ohm), M3 (0.15ohm), SX (1.4ohm), NX (0.15ohm).

An important point is that, depending on the chosen evaporator and base, the volume of the cartridge changes – 3.5 or 5 ml, respectively (when using the TPD version, the volume is unchanged – 2 ml). Installation of the evaporator in the base is extremely simple – just screw it into it. It is worth saying that it is the base that is the ring for adjusting the airflow, so the vaper can choose not only the best evaporator for himself, but also a puff.

The manufacturer has taken care to simplify the process of refilling the cartridge as much as possible. To do this, on the upper end there is a slider, opening which you can fill in the liquid, and for refueling it is not necessary to remove the cartridge from the battery pack.

If the viper is looking for a miniature POD system, then the OBS Alter Pod Kit will not suit him. This device can hardly be called a POD system, rather, it is a full-fledged AIO system, which is more like a box mod with a built-in and modified atomizer. In this case, the viper will receive the variability of the evaporators, a large tank and considerable autonomy, but in any case, choose it.